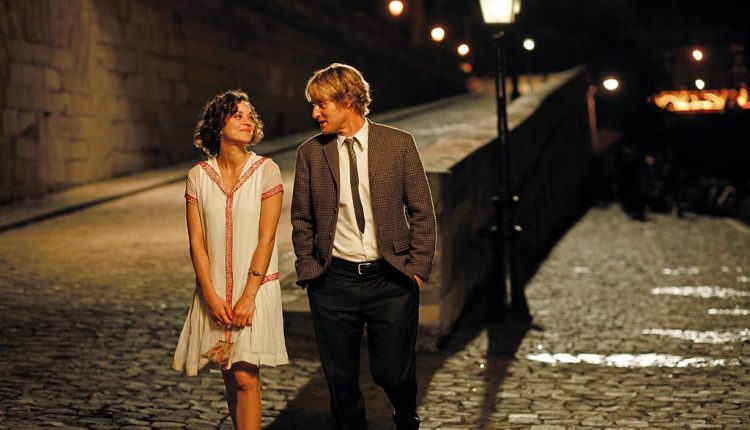 Woody Allen’s recent output can best be described as inconsistent. Only fleetingly finding the unique comedic essence which made his previous work so gratifying, Midnight in Paris see’s Allen take a much safer approach, imbuing his narrative with a fantasy element which allows him to take advantage of cinema’s recent fascination with the past, whilst simultaneously being able to subtly injecting his own identifiable sense of humour.

Owen Wilson and Rachel McAdams play Gil and Inez, an engaged couple who couldn’t be any more different. They’re in Paris to enjoy a holiday of sightseeing and shopping before their impending wedding – but the underlying romance of the city soon begins to magnify their dramatically different life perspectives.

Gil is a self confessed ‘Hollywood Hack’ who dreams of breaking away from writing formulaic blockbuster screenplays and finish his novel, Inez, on the other hand is a materialistic women, brought up by status obsessed parents and unable to understand Gil’s new found obsession with the idealistic Parisian lifestyle he’s rapidly become besotted with.

The cracks of their relationship begin to rapidly reveal themselves when Gil – on a midnight stroll through Paris whilst Inez goes dancing with her unbearably pretentious friend Paul (Michael Sheen) – discovers a old 1920’s car which seamlessly transports him back in time and into a series of choice encounters with some of histories most renowned literary and artistic legends – including Scot Fitzgerald, Ernest Hemingway and Picasso.

It’s these deliciously nostalgic vignettes of 20’s Paris which transform Midnight in Paris from a wry anti-romantic comedy into a shamelessly enjoyable experience. Whilst it may all be undeniably outlandish, self-absorbed and clearly milking its romanticised vision of the past, Midnight in Paris never feels overly contrived – with Allen’s well harnessed ‘tongue-in-cheek’ approach successfully pulling us in to Gil’s magical excursions.

Whilst Midnight in Paris is by far Allen’s best work of the last ten years it still suffers from the usual problems which generally accompany this much loved director. Despite some eye catching performances by Marion Coltiard and McAdams, Allen’s women are all very thinly drawn, appearing as either obstacles or muses and little else. However, in his decision to cast Owen Wilson as his main protagonist he has successfully found someone to take over his usual preference to star in front of, as well as behind the camera. Wilson’s idiosyncratic demeanour is wonderfully reminiscent of seventies Woody Allen making him the perfect actor to replicate this director’s distinctive style.

Midnight in Paris is a wonderful piece of escapist drama, that through it’s deluded protagonist leads us on a fascinating journey of self discovery – and whilst we the audience may choice to position ourselves as far away as possible from Allen’s incredibly self-obsessed characters, it becomes difficult not to become completely fascinated with their whimsical encounters and activities.