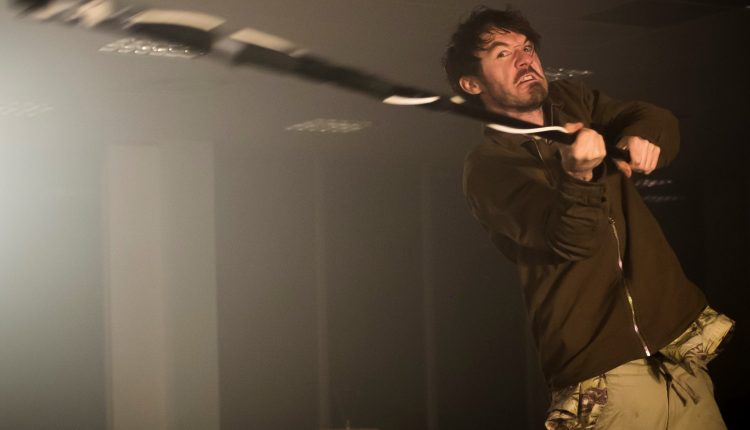 Director Marc Price, who famously made Colin for a mere £40, turns his hand to a project even more ambitious: Nightshooters pits Home Alone, SFX and The Raid against each other in a fight to the death and sits back to see who comes out on top. Okay, maybe that’s a little bit of an exaggeration but watch the trailer and you’ll see what we mean.

When a group of hapless filmmakers stumble across a brutal gangland execution (as opposed to one of those pleasant ones), they find themselves trapped on their own night shoot set (Aha- we get it!). Cornered with nothing left to protect themselves from certain death, the film crew resort to doing what they do best: using their film props, special effects and acting chops to get the drop on their attackers.

The SAG Nominated, ass-kicking action star Jean-Paul Ly (Jailbreak) plays stunt man Donnie who can go all Kung Fu (in a totally non-racist way, obvs) on the bad-men gangsters, there’s some director diva-dom at it’s finest, whilst the film itself takes shots at those who aren’t paying attention to the #MeToo movement. Told you it was ambitious.

Warning: this is NFSFW. You know what the extra ‘F’ stands for!